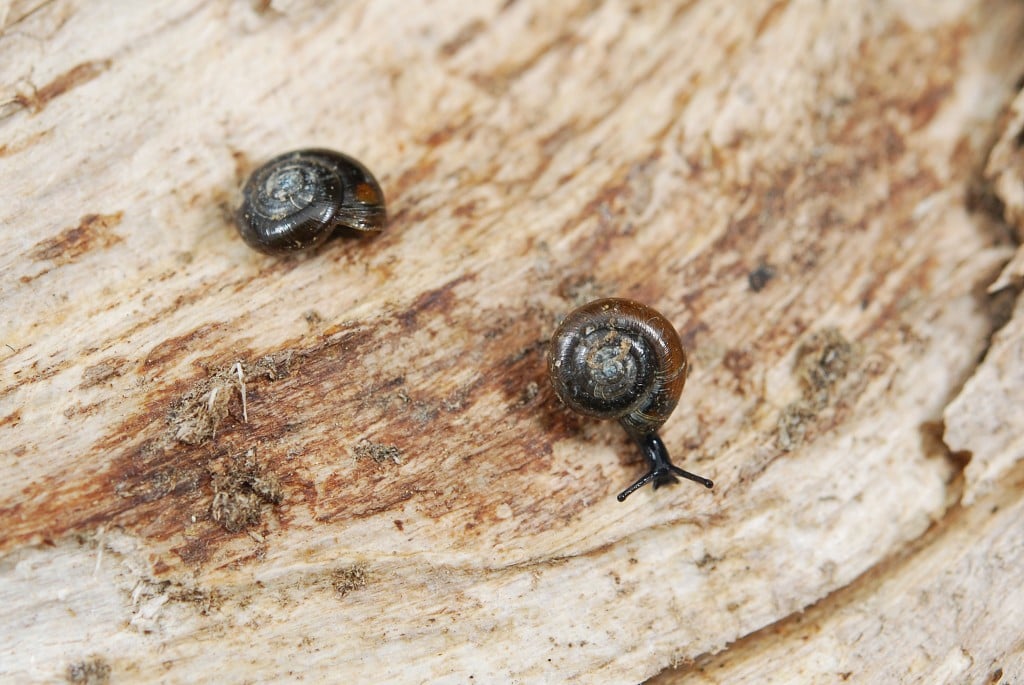 Two species of Zonitoides, Zonitoides nitidus (Müller, 1774) and Z. arboreus (Say, 1817) occur in Canada (and BC). Sometimes, material in collections are confused because shells are often difficult to identify with certainty. Zonitoides nitidus grows to a slightly larger size, has a somewhat higher spire, and lacks the exceedingly fine and very weak spiral striae of Zonitoides arboreus. However, a better way to distinguish species is by the body pigmentation. Zonitoides nitidus (as its name suggests) has an entirely blackish body; that of Z. arboreus is lighter along the sides of the foot. There is also a spot, not present in the other species, that is sometimes described as “dull orange” and can be seen through the shell a little ways back from the aperture, especially in retracted animals. Take a look a the snail in the upper left of this photograph and you might make out this orangish spot.