Standing in a square in the town of Llívia, in the Eastern Pyrenees, I looked up to see a snail on the wall. 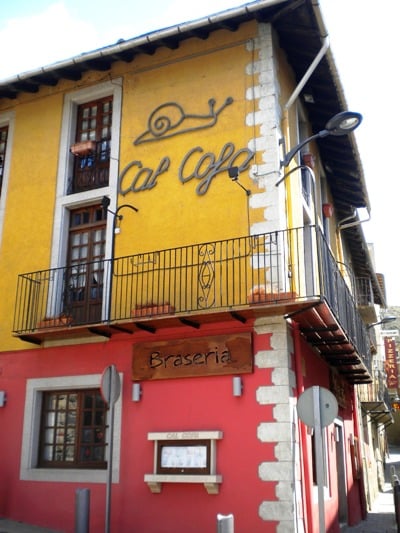 Llívia is an enclave of Spain surrounded by the French département de Pyrénées Orientales in the Lanuedoc-Roussillon region. Wikipedia provides a backgrounder on the history of Llívia.