Not a Canadian species, Parmarion martinsi Simroth, 1893 is an invasive semi-slug in Hawaii. I photographed these individuals in January on the undersides of woody debris at Puu Kukae (a cinder-cone hill) in Puna District, Hawaii Co., Hawaii. 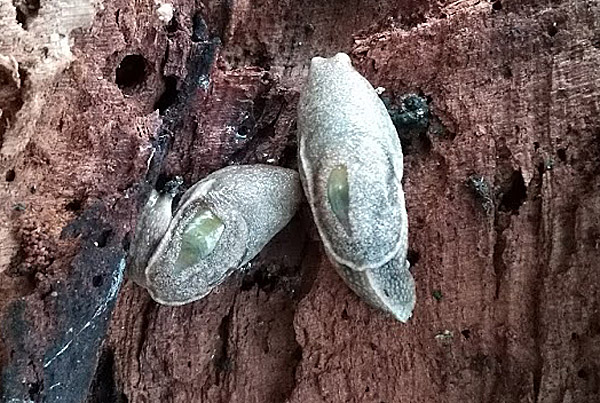 This semi-slug (that is, midway in body form between a slug and a snail) is likely native to Southeast Asia, according to a paper that I found on the internet (Hollingsworth et al. 2007). First noticed on Oahu in 1996, it was found the Puna District in 2005. Apparently it is also in Kailua-Kona.