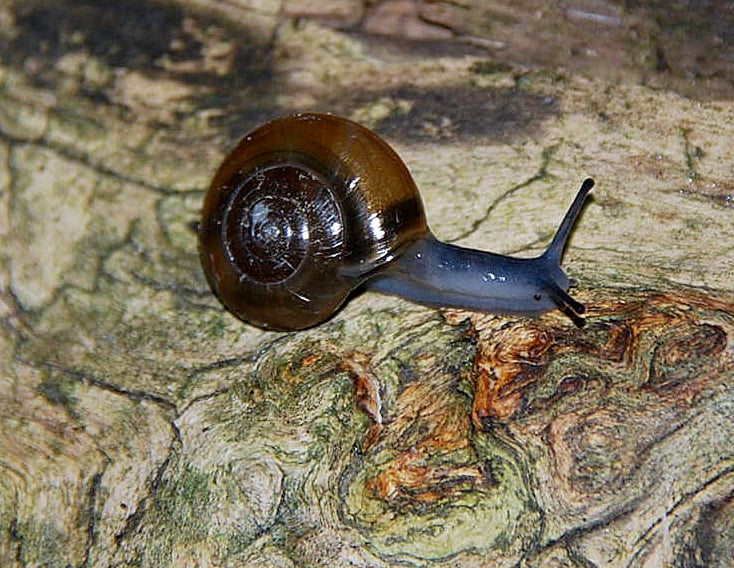 The somewhat unimaginatively named Dark-bodied Glass-snail — “Inky Blue Glass-snail” might have been better — is one of three species of terrestrial snail belonging to the genus Oxychilus in Canada. (Oxychilus alliarius and O. cellarius are the others.) Among these three species, this one is perhaps the most widely distributed, having been reported from Atlantic and Central Canada, as well as British Columbia. Many unpublished records exist in collections.

This photo was taken in an urban “wasteland” ravine in Ottawa in 2016.

Previous photos of this species are here  and here. 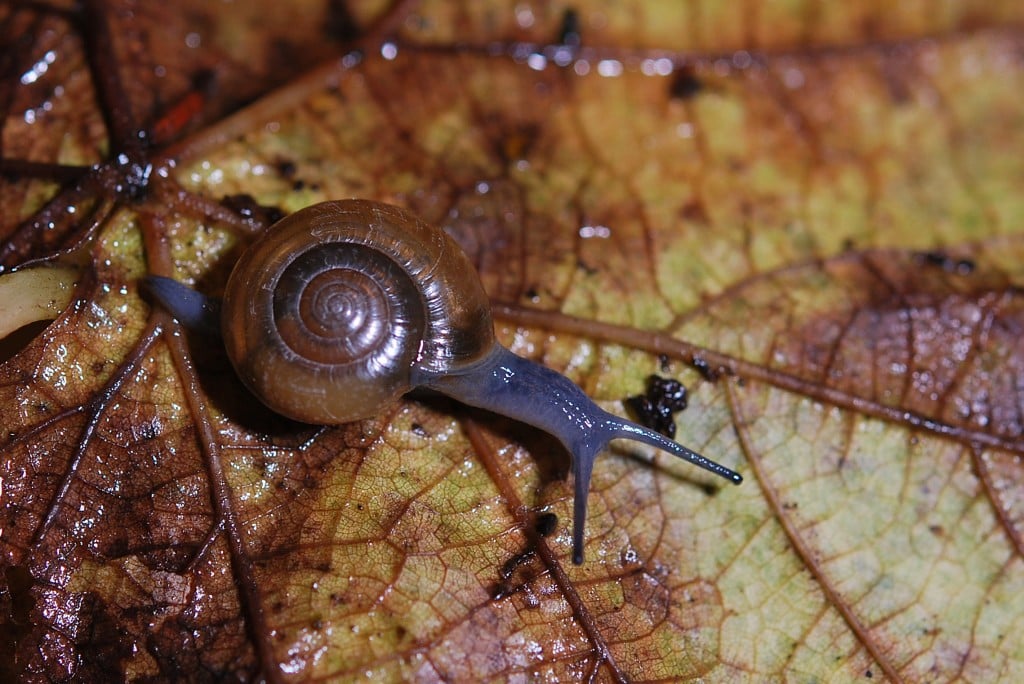 Oxychilus draparnaudi, collected in 2011 from a garden on Highbury Street, Vancouver. The bluish colour of the animal is remarkable, although photography tends to bring out the bluish tones even more.

Ever since writing the account of Monacha cantiana (Montagu, 1803) for the book Identifying Land Snails and Slugs in Canada … (Grimm et al. 2010), the question has been whether this species remains at Québec city. In the 1890s M. cantiana was reported in the thousands along the cliffs near the Plains of Abraham and below the citadel (Hanham 1897). This is a European introduction and is why it was featured in our book. We wrote that it was not found there recently, on the advice of others and notes written by Wayne Grimm on the subject. I hadn’t been able to visit Québec and check myself until now. 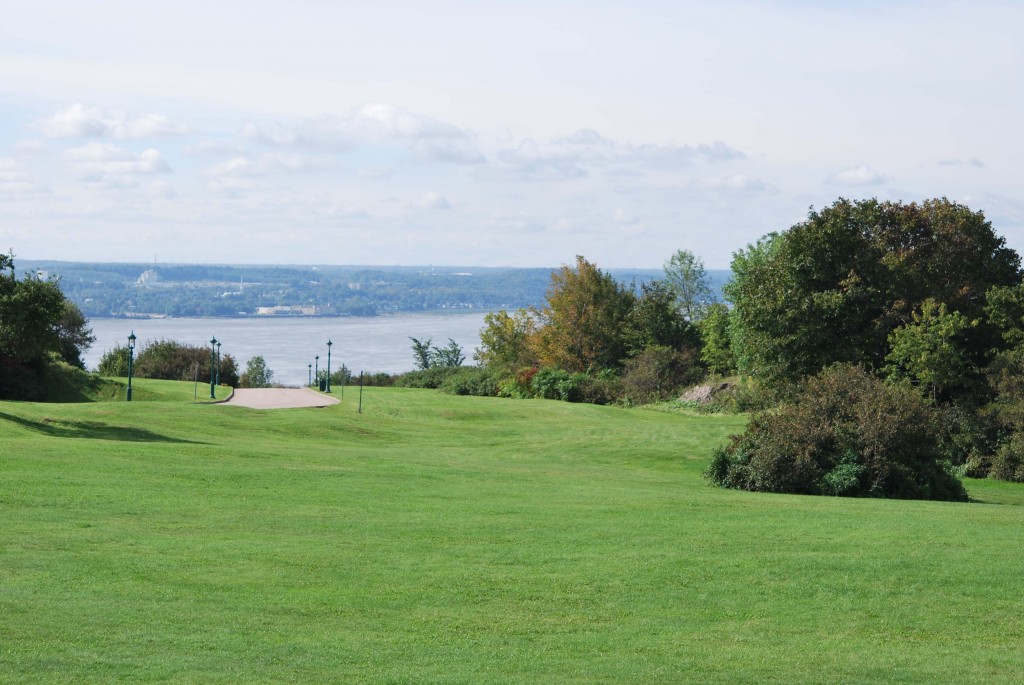 The Plains of Abraham today.

My first impression of the site(s) was that there’s little chance that Monacha cantiana is alive there today. The Plains of Abraham are largely mowed-lawn, gardens, and scattered shrubs, bordered on its lower flank by a wooded slope. The slope itself is shaded with hardwoods, but the understory is thinly vegetated and, while coarse woody debris is abundant, leaf litter is thin and the soil eroding in places. I would have expected M. cantiana not to be in the woods anyway; as we remarked in our book, M. cantiana is an open-land species, living along roads, railways, in quarries and field edges (Grimm et al. 2010). 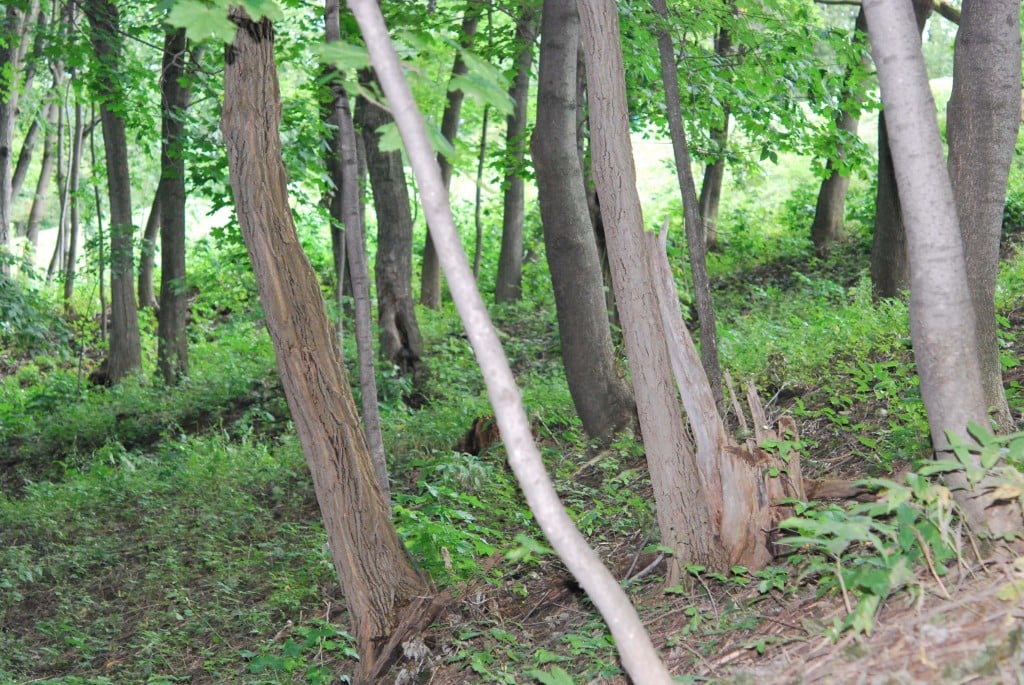 The woods on the slope below the Plains of Abraham.

It is hard to say where “below” the citadel the original record came from, but not much habitat appropriate for this species occurs there today. There certainly wasn’t any dead shells of any large snails evident, including shells of Cepaea hortensis (Müller, 1774), which was recorded there by what may well have been Québec’s earliest malacologist, “Mrs. William Sheppard” (Sheppard 1830).

My list is only preliminary but found in the wooded slope were the snails Oxychilus draparnaudi (Beck, 1837) (shown below), Cochlicopa lubrica (Müller, 1774), Trochulus striolatus (C. Pfeiffer, 1828) and Haplotrema concavum (Say, 1829), and the slugs Deroceras reticulatum (Müller, 1774) and at least two Arion spp. 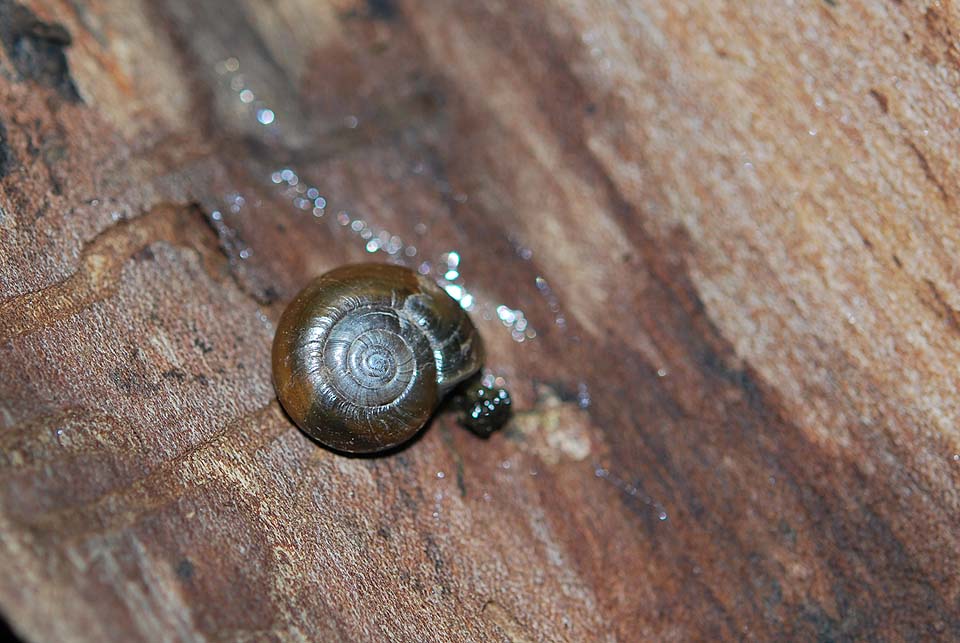