Back in 2009, a few of us published a short paper in the journal Check List on two introduced snails in Ontario, Carychium minimum (Müller, 1774) and Cecilioides acicula (Müller, 1774) (Forsyth et al. 2009). In that paper, we had reconfirmed the prior identifications by the late Wayne Grimm; he had identified these species some years before but he never managed to publish anything on this.

In our Check List paper, we reported single specimens of Cecilioides acicula from water-borne drift material scooped up from the Grand River and Bowmanville Creek by Fred Schueler (Bishops Mills Natural History Centre). (The Grand River specimen is shown elsewhere in an earlier post.)

Recently while sorting another sample (collected in 2008 by Fred, but in my “backlog”), I found another specimen of this species. This was literally a needle in a haystack (acicula means needle-like), and I almost missed it! This sample was again, from Bowmanville Creek, so the locality probably isn’t new. However, it would seem to be fourth specimen known from Ontario (and Canada) for the species: the one originally found by Wayne, the two reported in the Check List paper, and this new one.

An hour or so previous to finding this latest Ontario specimen, I found another specimen (plus a fragment) in another one of Fred’s drift samples. This sample, however, came from New York State and specifically in drift of the West Branch of the Tioughnioga River at Cortland. The occurrence of C. acicula in New York State New York State is not new — it was previously recorded from Manhattan Island, New York City by Einsohn (1981) — but the Tioughnioga River record could be the first from that part of the state. 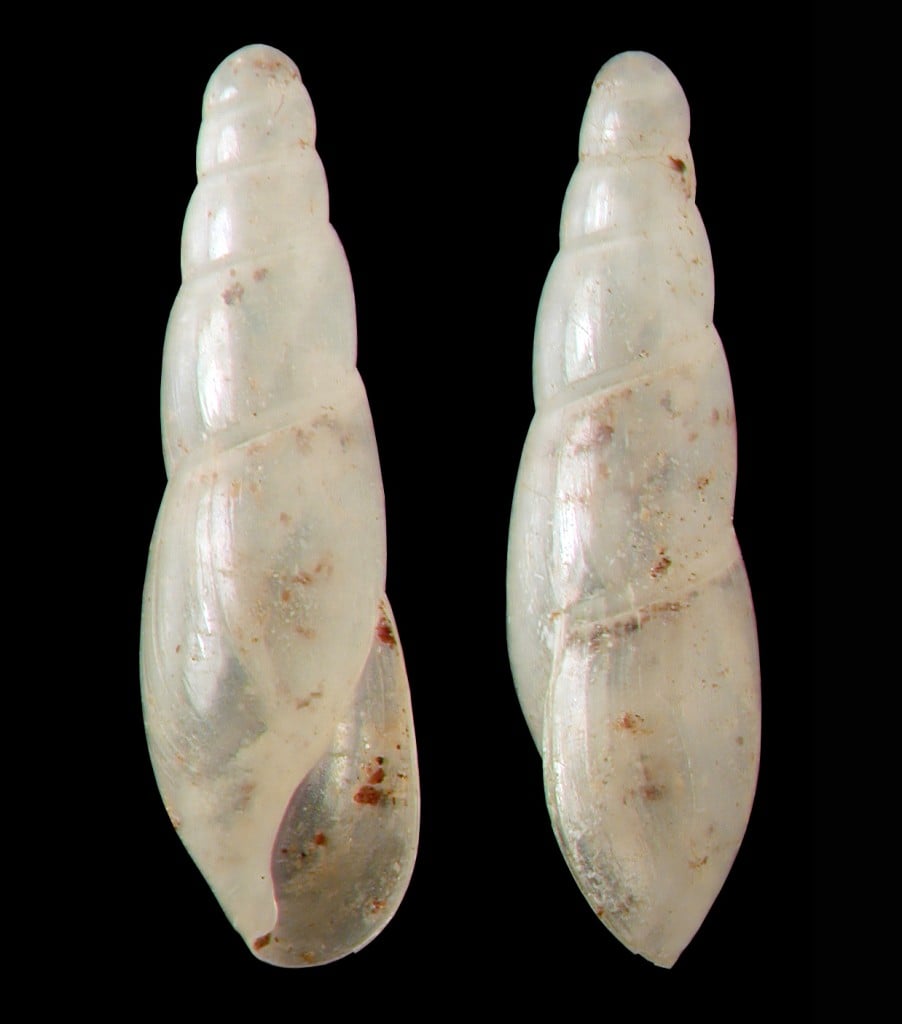 Cecilioides acicula, from stream drift of the Grand River, Ontario.