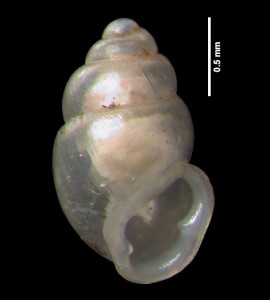 Last summer, during the New Brunswick bioblitz hosted by the New Brunswick Museum, the I found the first New Brunswick (and Atlantic Canada) record of Carychium minimum Müller, 1774. Read more about this in the short article published in Check List, the journal of biodiversity data. I am both a subject editor (for Mollusca) and the graphic editor.

My map of all North American records (that I know of) shows that this species is rather widely dispersed in Canada and the U.S. 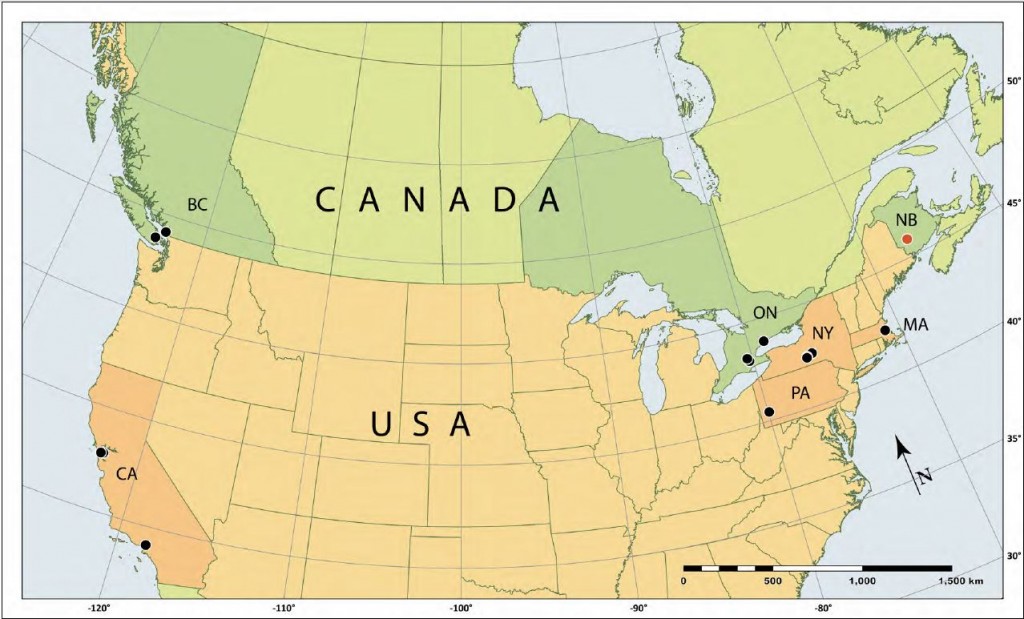 Map of Carychium minimum in North America. The New Brunswick record is represented by a red circle. 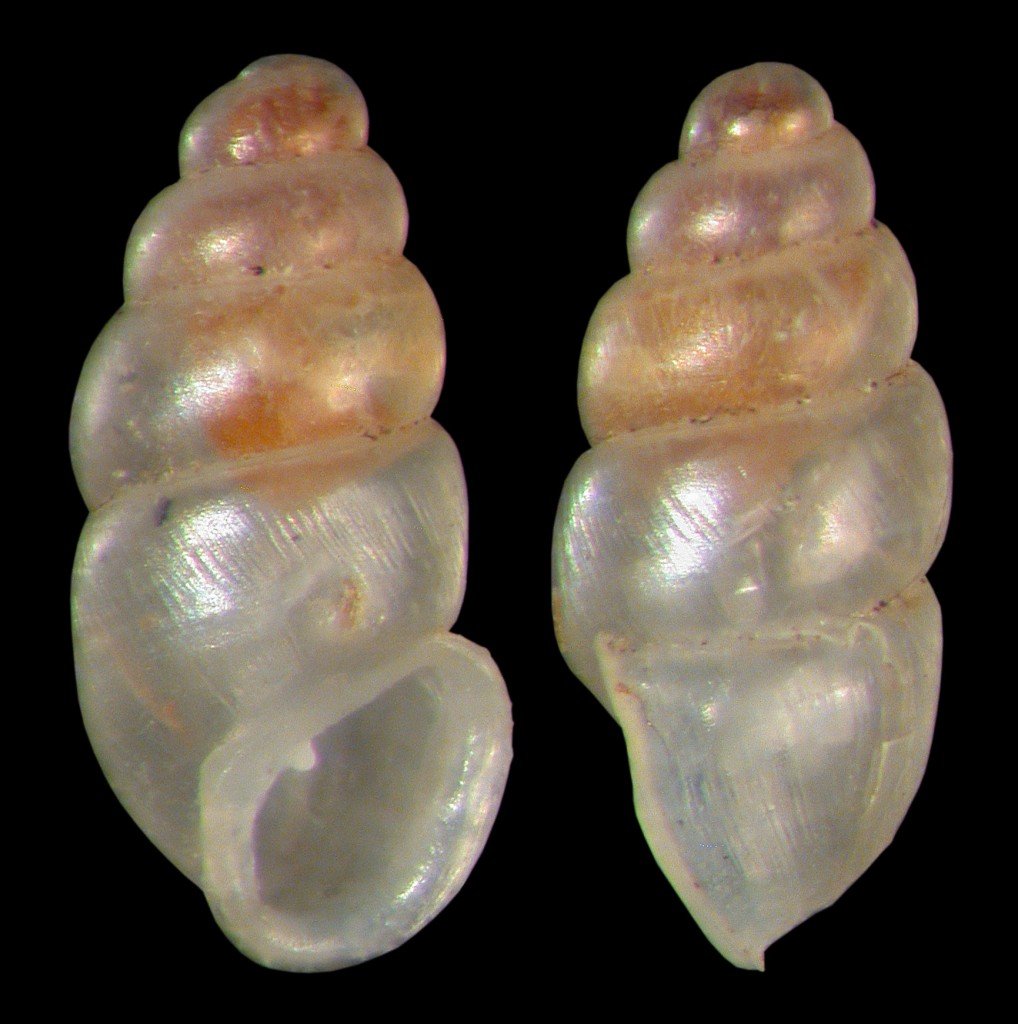 Carychium minimum (Müller, 1774) is a minute European land snail that is been introduced to Canada and the United States.  In 2008 I, Mike Oldham, and Fred Schueler published in the online journal Check List a paper confirming the presence of this diminutive species in Ontario. We had only a few specimens from a couple of sites on the Grand River picked out of riverine drift samples taken either by Mike. At the time we suspected that this species had to have been naturalized given that it was found in drift among a many other species of terrestrial snails, and we predicted that additional drift sample and exploration of appropriate habitats for live snails would turn up additional records.

Carychium minimum, from river drift of the Grand River, Ontario.

Subsequent to our publication, Carychium minimum was reported (again in Check List) living in two places at Ithaca, New York (Weigand 2010). I was reminded that we had earlier found four shells of C. minimum in a sample of drift from the Tioughnioga River, Cortland Co., New York, collected by Fred Schueler and his daughter Jennifer in 2003. Another recent record for this species is from Pittsburgh, Pennsylvania (Pearce & Payne 2011).

Since our original publication, I have identified it is from one more Ontario drift sample: Port Whitby, Durham Regional Municipality, east of Toronto, another one of Fred’s drift samples, collected in 1994.

By all accounts, this species looks to be much more widespread than previously known. With a number of drift samples still to sort through, there’s a strong possibility that more records will be found . . . .