Cepaea nemoralis … in an apple tree

Here’s a old photo, from 2001, of Cepaea nemoralis in an apple tree. 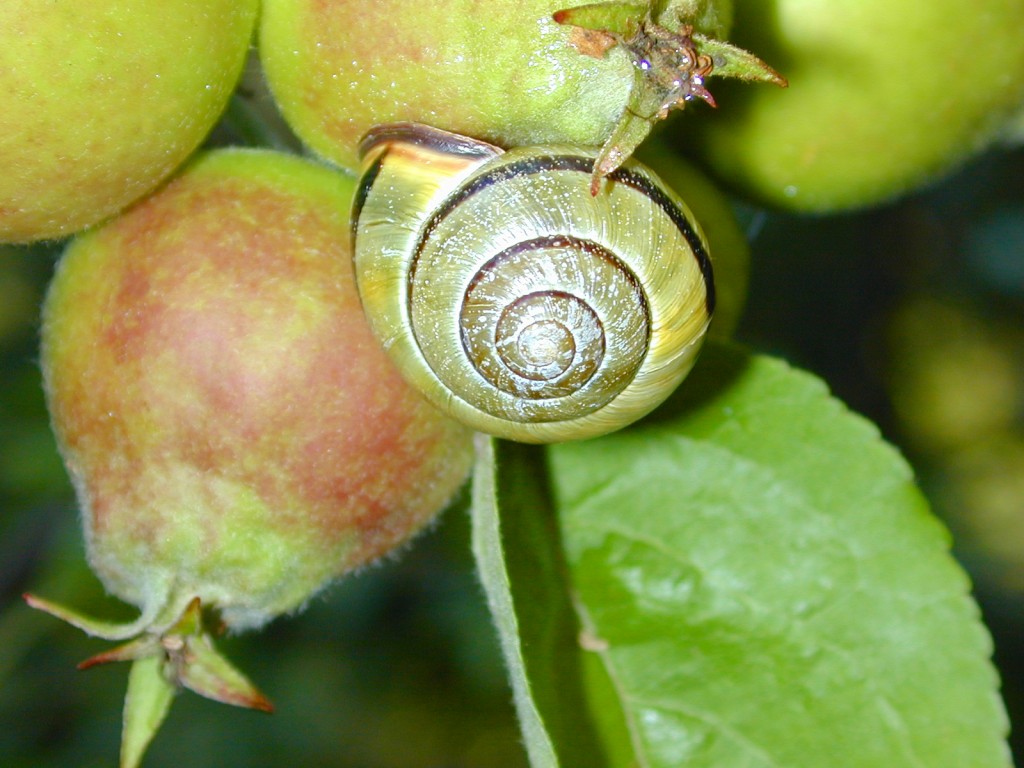 Cepaea nemoralis, in an apple tree, Mayne Island, BC.

I’ve been thinking again about Cepaea hortensis (Müller, 1774) in eastern Ontario. For several years now I’ve known about a colony of this species outside of Ottawa that Fred Schueler of the Bishops Mills Natural History Centre showed me. 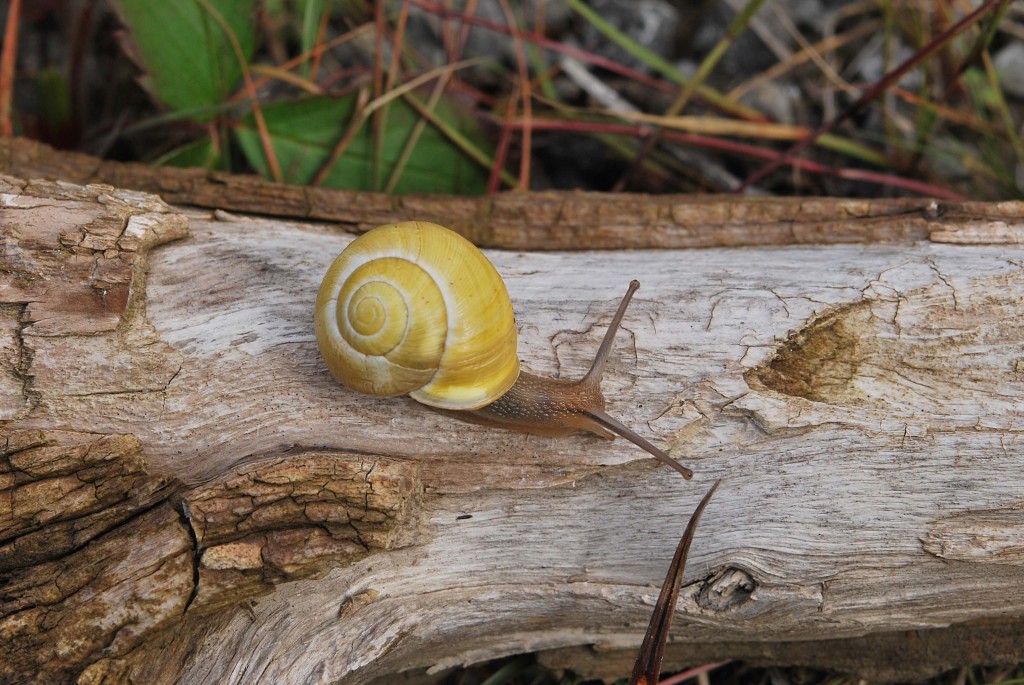 Cepaea hortensis, photographed in an Ontario alvar in September 2012.

In our book on introduced snails and slugs (Grimm et al. 2010), we thought that this and other eastern Ontario populations were recent introductions, perhaps some intentionally brought there by Wayne Grimm as an experiment on colonization. This is certainly a possibility, as he is now linked to an introduced population of the related Cepaea nemoralis (Linnaeus, 1758) to Frederick County, Maryland (Örstan et al. 2011).

Nowadays, C. hortensis is thought to be native (in the sense that it isn’t a colonial- or Viking-era introduction) to the northeast coast (Pearce et al.2010). This species, which in North America, is nearly lives close to the coast, occurs up the St Lawrence River as far east as Quebec City (Pearce et al. 2010) or a little farther (my record east of city; and at Beaconsfield in Montreal).

Are all eastern Ontario populations of C. hortensis introduced? I don’t know. But recently, I came across mention of Cepaea in the old literature that at least invites speculation.

A Mr Gilbert C. Heron was a member of the Ottawa Field-Naturalists’ Club, and in 1880 he published one of the early lists of land snails for the Ottawa area in the Transactions of that club. The full paper is available on the Biodiversity Heritage Library. In a discussion of species remaining to be found in Ottawa, Mr Heron wrote:

Of those undiscovered shells, one of the most interesting to me is Helix nemoralis or hortensis, which is known to have been seen a few miles to the south of this city eight years ago.

It’s difficult to know what the species is from this account; at that time, C. hortensis and C. nemoralis were not always considered specifically distinct (but rather varieties). It’s reasonable to assume that this was Cepaea, but without specimens or a location, it is unlikely we’ll ever know for sure the species involved.

If we assume that the snails Heron mentioned are Cepaea hortensis, can we assume that this population is native if it was observed in 1872? Probably not — Ontario has a long colonial history — but if correct, then C. hortensis has been in Ontario longer than we had thought.

If the population was C. nemoralis, which is also likely, then it would be, by far, the earliest record of the species in Ontario.

Cepaea nemoralis in the Bulkley Valley

In recent years, Cepaea nemoralis, the introduced European Grovesnail, has been turning up more and more.

This past summer I was asked to identify two separate records of C. nemoralis from Quesnel, BC. The population there is apparently well-established. However, in the Bulkley Valley where I live in north-central BC, Cepaea nemoralis certainly isn’t common.

As far as I know, it’s been found at least on three occasions over three years. The first individual brought to my attention was a large adult found on a road in a rural part of Smithers in October 2008. A little later that fall, in my own vegetable garden, I found an immature snail. Its presence there was almost certainly due to the movement of plants north from by dad’s garden, then in Surrey. In the two years since then, Cepaea nemoralis hasn’t been seen again in my garden so I can presume that this unintentional transplant failed.

The third observation on Cepaea in the Valley was in September 2010, in the village of Telkwa about 15 km “east” of Smithers on Highway 16. I was cycling uphill, leaving Telkwa, when I glimpsed — very fleetingly — what looked to be a “large” snail. (Large is a relative term here . . . almost all snails in the Bulkley Valley are < 6 mm). What I had spotted, and almost missed, turned out to be the apical part of a Cepaea nemoralis shell. A quick look along the roadside didn’t turn up additional shells, and a better search is surely worthwhile.

So I’m uncertain whether Cepaea nemoralis is established in the Bulkley Valley. At the moment, the evidence is (literally) fragmentary.