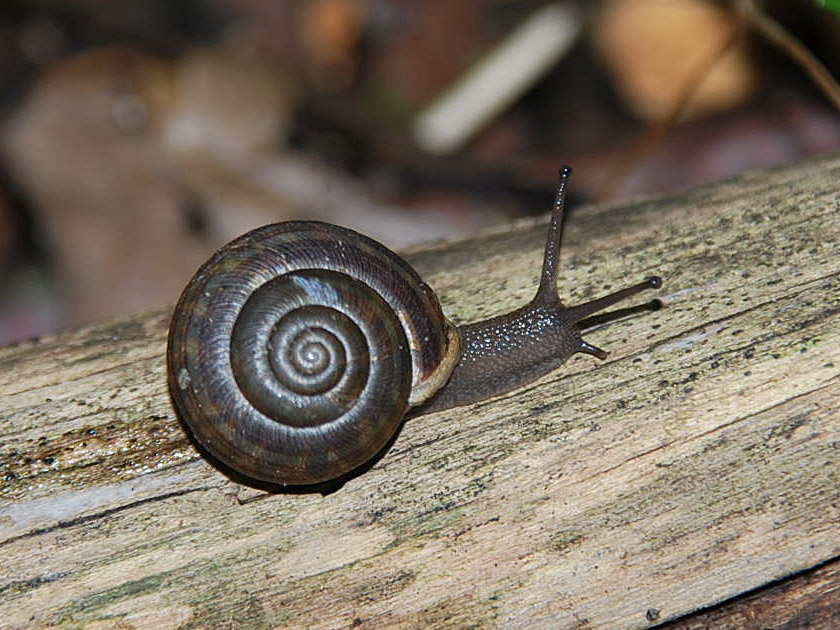 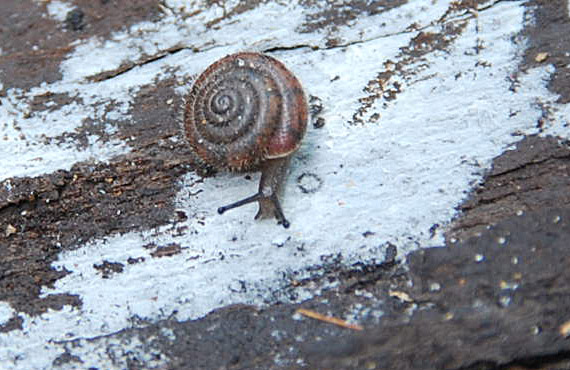 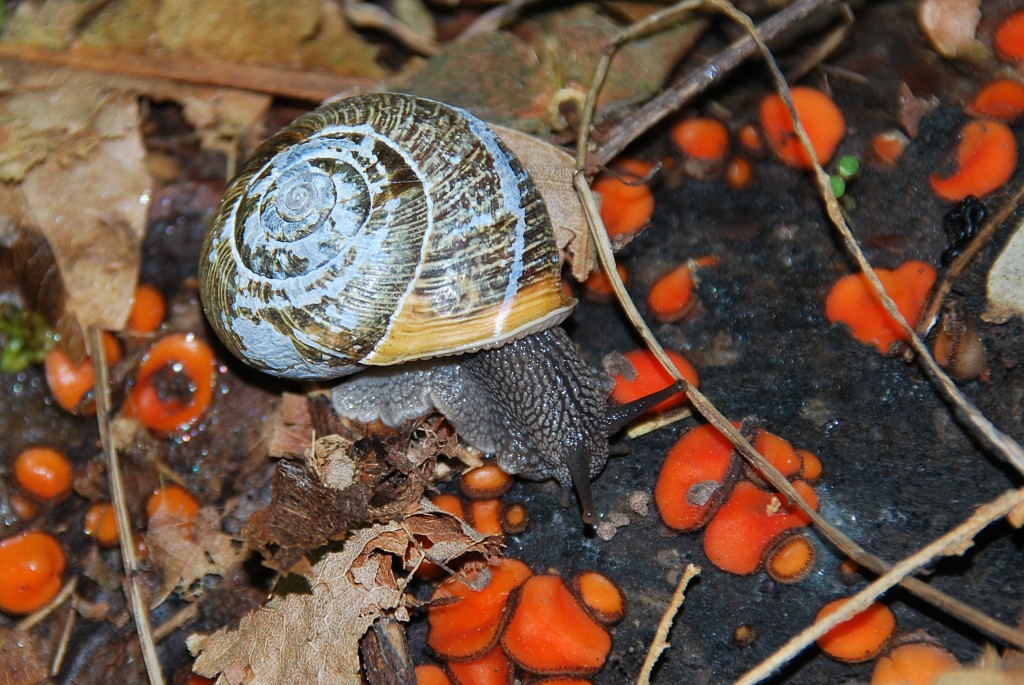 Allogona townsendiana, photographed May 2013 at Kent Municipal Cemetery, on the slope of Cemetery Hill, near Agassiz, BC.

Sometimes small details can be overlooked. I did just this when preparing the description for Land Snails of British Columbia (Forsyth 2004).

In email discussion with the late Andrew Grebneff, who first queried this topic on Conch-L, it was brought to my attention that shells of Allogona ptychophora sometimes bear a small denticle or “tooth” on the parietal wall. That was back in 2007.

This denticle is small, low and in some shells little more than a whitish callus patch. But, another look at the literature today confirms that a parietal denticle was not seen by H. A. Pilsbry (1940). In his classic Land Molluscs of North America, he wrote “… [t]he rounded aperture has a reflected white peristome, its inner edge usually having a blunt tooth or low callus in the baso-columellar curve; [there are] no other teeth” (1940: 875). Nothing about a parietal denticle is mentioned later in the accounts for any species of Allogona, including A. ptychophora.

Among polygyrids, Allogona shells are relatively weakly dentate. However, given the diversity and convergences in shell form among members of this diverse family, it isn’t surprising, as Andrew Grebneff thought, that traces of “extra” denticles might appear.

It is useful to note that the key in Land Snails of British Columbia will lead to the wrong conclusion (i.e., Cryptomastix) if an Allogona ptychophora shell has the parietal denticle.

Lesson learned: check and recheck, and look at as many specimens as possible . . . details can be overlooked.

Revised key to Polygyridae in BC

5a Periostracum hirsute (hairy), unless worn smooth or completely eroded off — 6
5b Periostracum not hirsute — 7