In September of 2012, I was for the first time in Newfoundland to attend the Molluscs Species Specialist Subcommittee (COSEWIC) meeting. This was a great opportunity to see Newfoundland, and among the highlights was a visit to St John’s, the capital city of Newfoundland and Labrador. I had read about the introduced helicid Arianta arbustorum (Linnaeus, 1758) in Newfoundland (McAlpine et al. 2009) and visited one of the sites, right in the city. I didn’t A. arbustorum but did find some Deroceras slugs.

The species is Deroceras invadens but is better known under the names D. panormitanum (Lessona & Pollonera, 1882) and D. caruanae (Pollonera, 1891). However, based on morphology, behaviour, and genetics, the invasive species was separated and newly described by Reise et al. (2011) as D. invadens. This invasive slug is now nearly worldwide.

More on Deroceras invadens in Newfoundland, which is also the first confirmed record of the species from out-of-doors in eastern Canada, can be found in the most recent issue of Check List (Forsyth 2014). 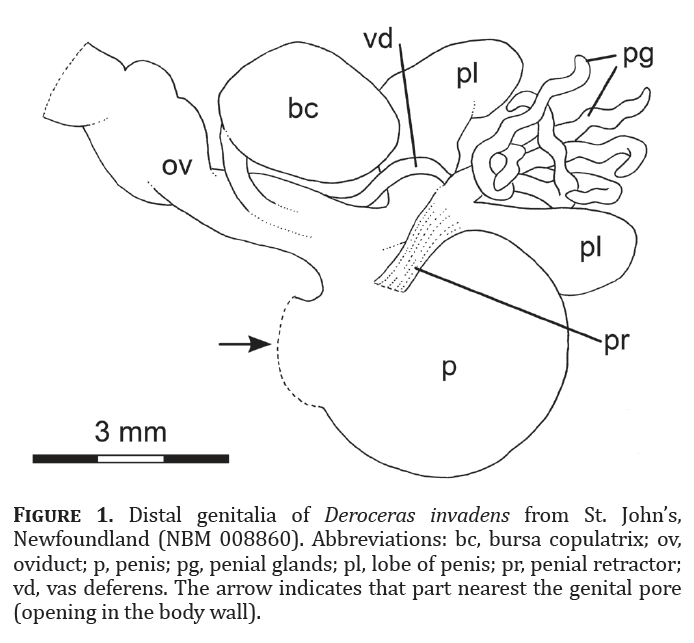