One of the malacological highlights of my recent trip to New Brunswick was to see live Arianta arbustorum, the Copse Snail. I’d seen this species alive in Germany and England but not previously in North America. Last year (2012), I had looked for it while in St. John’s, Newfoundland, but failed to find it, having only a sketchy idea as to where to look. 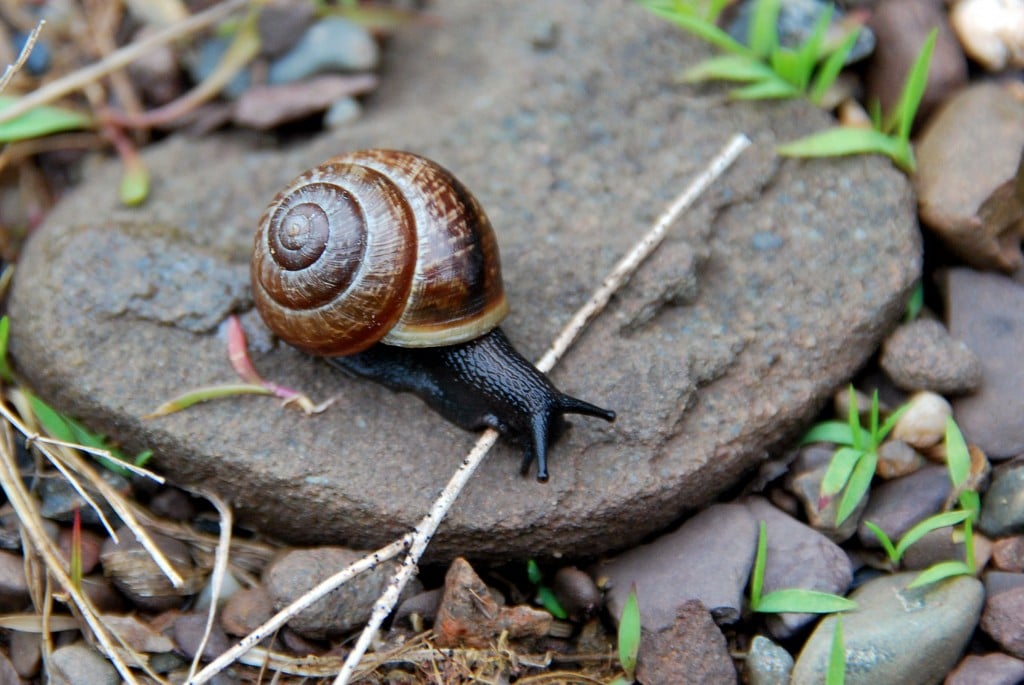 Arianta arbustorum was an early introduction to North America, having been found in Newfoundland in 1885. But, it was only many years later that the populations were reconfirmed. Donald McAlpine et al. (2009) reported locations in Newfoundland, New Brunswick and Ontario.  Included in their records was the site that I visited: behind the New Brunswick Museum collections building on Douglas Avenue, in Saint John, and where the snail I photographed originated.